Login Register
Back to Perspectives

These postings are the opinions of the authors and do not represent the official policies or positions of WHO or GCP.Network. 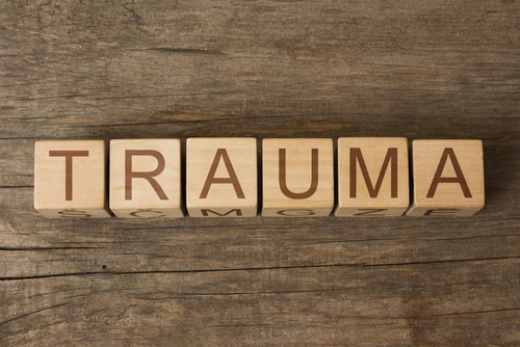 The Meaning and Clinical Utility of Complex PTSD

Some of us still remember when PTSD (post-traumatic stress disorder) was introduced into mental disorders classification systems in the 1980s. This category was much needed to fill a gap in assessing and treating mental consequences of extreme stress caused by external conditions like war, sexual violence or severe accidents. Since then, our knowledge about PTSD has increased tremendously. By reviewing the existing literature and its clinical implications – particularly taking into account the meaning and clinical utility of the existing PTSD diagnosis – the ICD-11 Working Group on Disorders Specifically Associated with Stress proposed a new sibling diagnosis of PTSD called Complex Post-Traumatic Stress Disorder (CPTSD) for inclusion in the ICD-11. CPTSD is intended to replace the previous ICD-10 diagnosis "Enduring Personality Change after Catastrophic Experience" (EPCACE).

You may or may not be familiar with this EPCACE diagnosis – it has been popular only among some psychiatrists and psychologists in few countries. As described in the ICD-10, EPCACE was unconnected to PTSD in the list of ICD-10 diagnoses. Its core symptoms were described as trauma-related mistrust towards the world, social withdrawal, feelings of emptiness or hopelessness, estrangement, and a chronic feeling of being threatened.

Instead, "complex traumatization" or sometimes already called "Complex PTSD" has been widely used over the past 2 decades in clinical practice in many parts of the world as an alternative diagnostic label. One of the most prominent early authors on clinical consequences of traumatic stress, Boston psychiatrist Dr Judith Lewis Herman, in her landmark book "Trauma and Recovery" (1992) had already written extensively about this complex, trauma-related diagnosis. Using clinical vignettes and impressive case studies, she provided a guidance on distinguishing between PTSD and CPTSD. You may also be familiar with contributions by clinician-researchers such as Dr Bessel van der Kolk, amongst others, to the complex trauma concept. This work led to the introduction of an EPCACE-like diagnosis in DSM–IV – labeled "disorder of extreme stress, not otherwise specified" (DESNOS) – but this construct was not adopted in DSM–5.

The ICD-11 Working Group on Disorders Specifically Associated with Stress consulted extensively on best clinical practices around the world related to the consequences of complex trauma. Very little empirical research existed on EPACE. Previous scientific investigations of complex trauma had yielded a mixed pattern of findings. Because an important aim of the development of the new diagnostic guidelines for ICD-11 Mental and Behavioural Disorders was guided to improve its clinical utility, the working group examined new concepts that were consistent with clinical knowledge but also met basic scientific requirements.

The current proposal for Complex PTSD in ICD-11 has already generated a considerable amount of research on this new diagnosis. The Global Clinical Practice Network field study for Disorders Specifically Associated with Stress was a major proof of the concept, and you may have participated in this international study. The main result concerning Complex PTSD was that clinicians were able to differentiate from PTSD and normality and that the new disorder outperformed the ICD-10 category of EPCACE. Based on the study results, the Working Group modified the diagnostic guidelines of Complex PTSD to address issues that appeared to have been unclear for study participants. As findings from various analyses of international datasets further suggest, Complex PTSD is a clinically useful and scientifically warranted addition to the diagnostic manual of mental disorders.

You will now view GCP.Network in [Language].

Content that is not yet available in [Language] will be displayed in English.